Ethics aside, the Madigan Way affects all Illinoisans 'on a personal level,' Rep. Morrison says 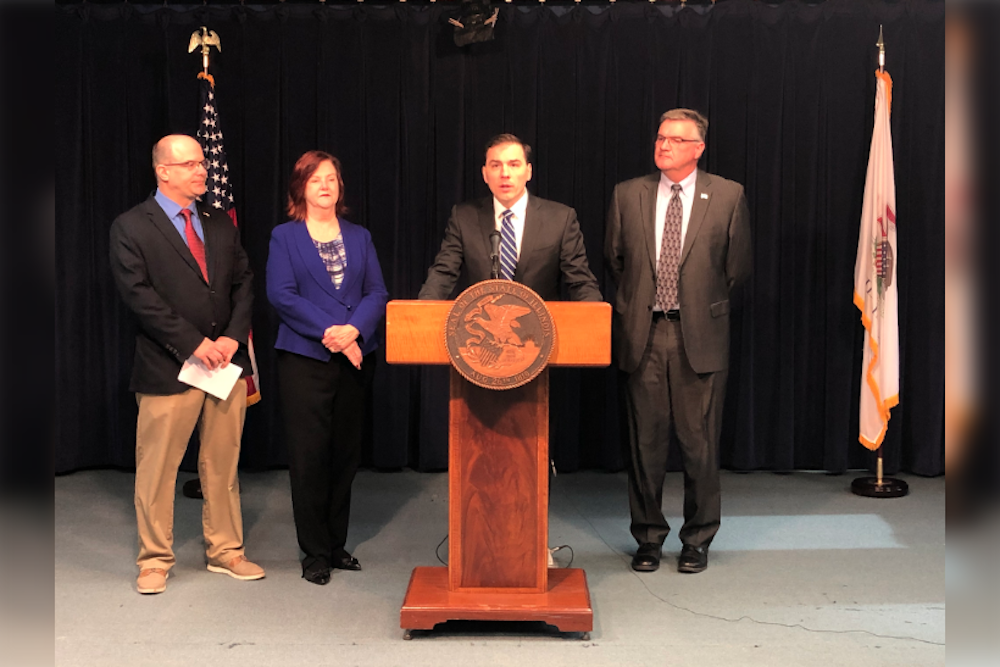 Illinois state Rep. Tom Morrison (R-Palatine) takes the podium at a press conference in which he and three GOP colleagues demanded the immediate resignation of House Speaker Mike Madigan.

“It frustrates, angers and even demoralizes many voters that nothing good will happen until key players like Mike Madigan are gone from the process,” Morrison told the North Cook News. “House Speaker Madigan is the longest serving Speaker in U.S. history and these investigations are centered around some of his closest allies.”

A recent Chicago Tribune report suggests that investigators probing political corruption in Springfield may be starting to think that all roads lead to Madigan, with as many as four different individuals having confirmed that they were directly questioned about his involvement in lobbying at Commonwealth Edison among other matters when they were recently interviewed.

“It’s left a cloud of scandal and corruption that hangs over the whole state of Illinois and Cook County,” Morrison said. “Like so many other important issues facing Illinois, the actions taken so far have just been window dressing. We need more than just another task force, especially when the task force may or may not produce legislative ideas and those ideas are either watered down or cast aside.”

Morrison insists that Republicans are doing all they can to bring about the level of ethics reform he feels are needed. He recently joined fellow GOP Reps. Mark Batinick (R-Plainfield), Randy Frese (R-Paloma) and Margo McDermed (R-Mokena) in a press conference where they demanded that Madigan step down immediately.

“This culture of corruption denigrates our entire system of government and impacts families on a personal level through the ‘corruption tax’ we pay,” Morrison said at the press conference.