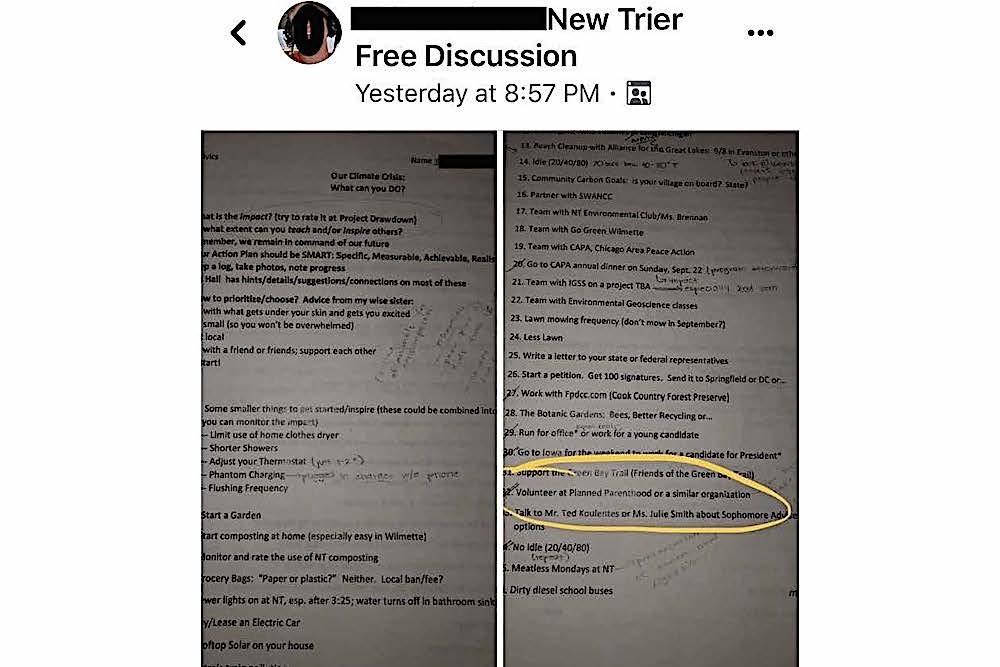 New Trier social studies teacher Kerry Hall recently distributed a handout to his class that listed “Volunteer at Planned Parenthood or similar organization” among a list of suggestions on how to avert climate change.

A source provided the list of over 30 suggestions under the title “Our Climate Crisis: what can you DO?” to North Cook News. The Planned Parenthood suggestion was circled for emphasis and posted on New Trier Free Discussion Facebook page on Wednesday night, a site not affiliated with the school. The next day, it was removed at the request of Michael Christensen, chair of Hall’s department, the source said.

Hall did not respond to a request to explain the origins of the Planned Parenthood suggestion, or how working there would help to avert climate change. Planned Parenthood is the largest abortion provider in Illinois and the nation. 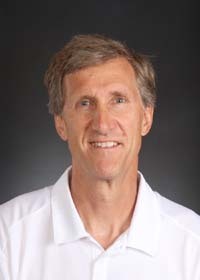 Neither Christensen nor the high school’s communications department responded to a request for comment.

Other suggestions to avert climate change include: “Team With CAPA, Chicago Area Peace Action,” “Run for office, or work for a young candidate,” and simply “Less Lawn".

Callers this morning to the radio show The Answer, where hosts Dan Proft and Amy Jacobson discussed the New Trier handout, recounted stories of conservative high school students being singled out and shamed, and the authority of parents undermined. (Proft is a principal of Local Government Information Services, which owns North Cook News.)

“Peruse the course catalog of any major education school, or read the Twitter feeds of the professors,” observes Forster, and you will “find yourself swimming in an ocean of hard-left ideology: ‘critical theory’ that says there is no truth, only power; ‘intersectionality’ that says you’re not allowed to be right about anything unless you’re right (that is, left) about everything; cheerleading for every fashionable left-leaning cause.”

A 2017 analysis by North Cook News of political donations by teachers at New Trier shows 131 contributions to Democrats and three to Republicans.