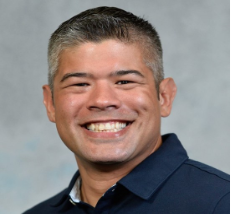 "[The governor] is just not making long-term thoughtful decisions,” Del Mar told the North Cook News. “Everything is just a talking point for him because he doesn’t understand how his policies impact the common man, given he’s lived his whole life with a silver spoon in his mouth.”

Even as Pritzker continues to insist that the progressive tax proposal that he advocates will only mean higher rates for the state’s most affluent residents, a new Illinois Policy Institute (IPI) analysis concludes the state would lose more than the equivalent of all the 45,000 jobs it gained in 2019 if the bill were to become law.

In all, IPI projects that 56,399 jobs would be lost. On a per capital basis adjusted for the number of employed residents in Cook County, the area would lose more than 43,000 jobs, or the bulk of the jobs lost in the entire state and then some given that there is more industry concentrated in Chicago than other areas of the state.

“On its face, the idea of just taxing the rich might seem tangible, but all those pushing this aren’t thinking about the trickle-down effect,” Del Mar said. “It’s a very shortsighted plan. You look at any other place where a tax like this has been enacted and you’ll find that people have left the state in mass.”

Later this year Illinois voters will have their say on whether the state constitution should be amended to allow lawmakers the authority to enact a progressive tax system to replace the current flat tax.