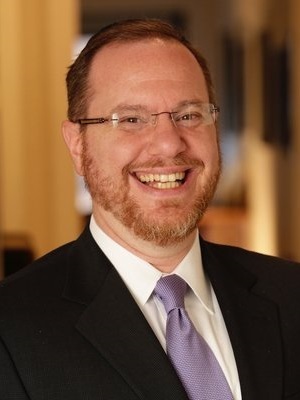 After days of first rumors of behind-the-scenes bargaining, and then denial of those rumors, reported in the North Cook News, Rabbi Yehiel Kalish has been chosen by 16th Illinois State House District Democratic Committee members to represent the district.

Kalish's selection to represent the district that includes the Chicago-area communities of Skokie, Lincolnwood, Morton Grove and West Ridge was reported Sunday night in Hamodia.

"I am deeply honored and thankful to G-d and the committee members for this opportunity to be ‘osek b’tzarchei tzibbur’—to serve the needs of my community,” Kalish was quoted in Hamodia, which referred to a statement he released earlier that evening. "My top priorities as a legislator are advocating on behalf of my fellow Skokie, Lincolnwood and Chicago community members, as well as increasing educational options and quality for all Illinois families."

Kalish, who will become the first rabbi to be seated in the Illinois General Assembly, will replace longtime state Rep. Lou Lang.

Lang, a Democrat out of Skokie, resigned from the General Assembly earlier this month after stepping down from a leadership position over a sexual harassment scandal. Lang resigned to join the lobbying firm Advantage Government Strategies, headed by Nancy Kimme, who was chief of staff to the late former Comptroller Judy Baar Topinka, a Republican.

About a year ago, Lang was the lead sponsor of House Resolution 0761, which recognized Kalish for his service to the community.

On Friday, the North Cook News reported that a source claimed Lang would reject more qualified candidates in favor of Kalish "in exchange for at least some of" Kalish's clients.

Lang's daughter, Becky, also was in the running for the District 16 seat, the source told the North Cook News.

"It could still go her way, but Kalish is definitely the front-runner," the source was quoted in what turned out to be the first of two North Cook News stories about the selection published on Friday. "He's (Lang) going to interview candidates Sunday, then make his decision immediately after."

Later that same day, Kalish, who had not returned an earlier call for comment, contacted the North Cook News to say he was "lobbying hard" to take up Lang's old House seat but that no deal was pending in which Lang would receive his clients in exchange.

"No, no, no, no," Kalish was quoted in that North Cook News story. "There is absolutely no deal like that."