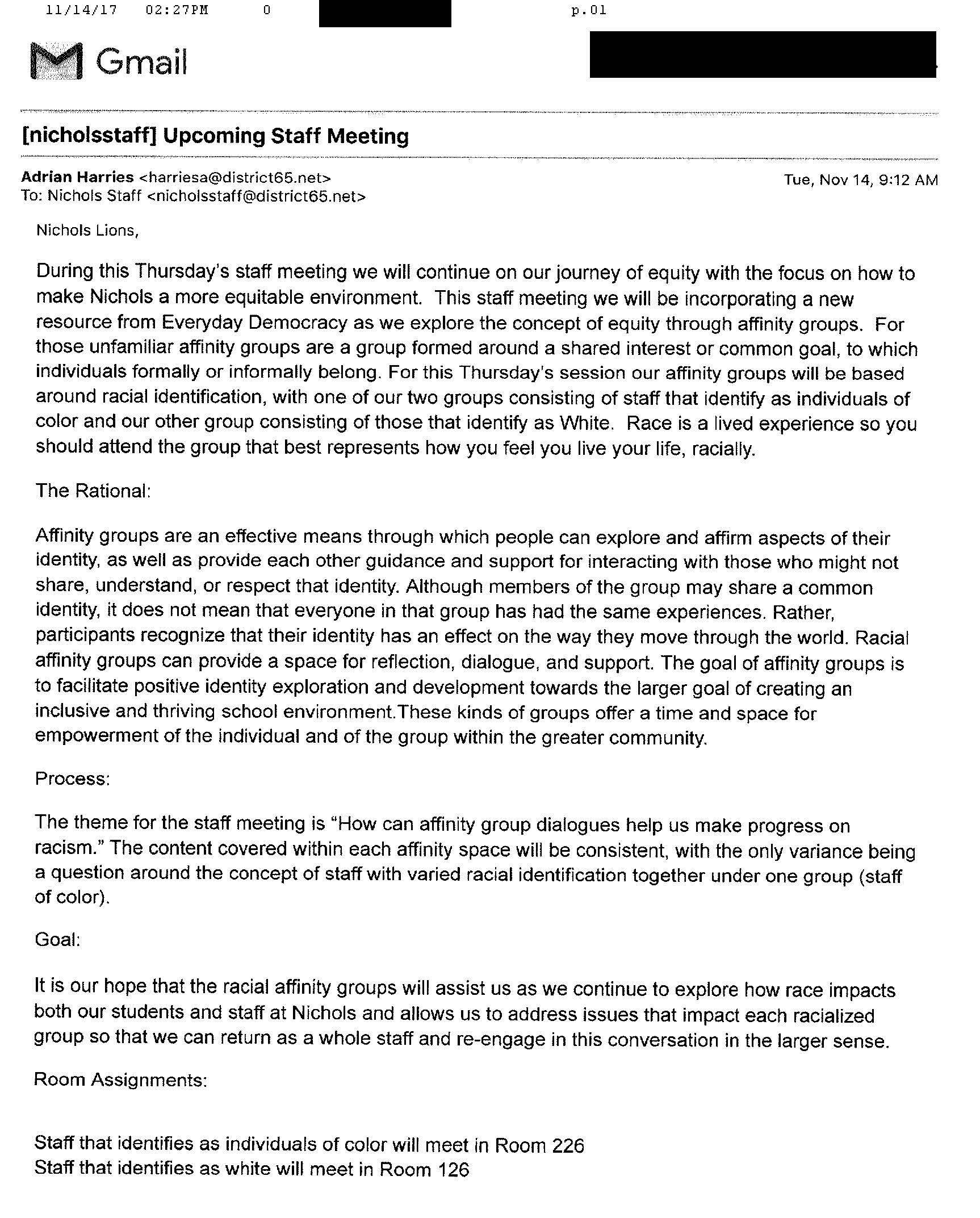 On Nov. 14, Nichols Middle School Principal Adrian Harries sent a memo to the Evanston school's staff on “racial affinity groups” that one parent described as “chilling.”

The only explanation in the memo for separating staff based on racial identification is that “race is a lived experience so you should attend the group that best represents how you feel you live your life, racially.” 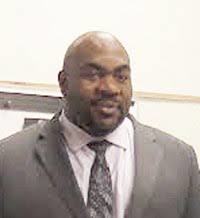 Neither Harries nor a spokesperson for Evanston-Skokie School District 65 responded to requests for comments.

The memo goes on to say that the goal of the staff meeting is the hope that “racial affinity groups will assist us as we continue to explore how race impacts both our staff and students at Nichols.”

Gerard Robinson, resident fellow on education policy studies at the American Enterprise Institute, said that it isn’t enough for these in-school racial equity efforts to target social injustice, but that they must be “pedagogically sound.”

And to ensure that, “you must have the buy in from the community,” Robinson said. “They are the ones that will live with the consequences of whatever you’re doing.”

Robinson added that most of the time the community is not invited in because once the meetings are open to the public “then everything must be disclosed.”

It’s unclear whether the parents of children attending Nichols or other community members in District 65 will be invited to participate in the meetings. It was also unclear if any public funds will be used to advance the “journey of equity.”

But the memo does state that the meeting will be incorporating a new resource from Everyday Democracy, a Connecticut-based group whose mission, stated on its website, is “to help communities work equitably and inclusively in order to build a strong democracy and improve the quality of life for everyone.”

Faculty in other schools have spent thousands of taxpayer dollars on programs and seminars advancing a racial equity agenda. An Aug. 21 story published in North Cook News showed that Timothy Hayes, assistant superintendent of New Trier High School, and his colleague, Patricia Savage Williams, expensed trips, lodging, meals and fees to attend seminars that teach how to incorporate remedies for “white privilege” into the school’s curriculum.

Want to get notified whenever we write about Evanston-Skokie Community Consolidated School District 65 ?

Sign-up Next time we write about Evanston-Skokie Community Consolidated School District 65, we'll email you a link to the story. You may edit your settings or unsubscribe at any time.