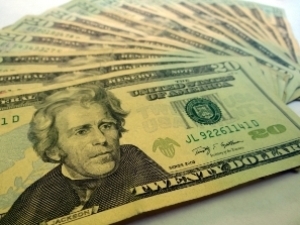 The public hearing for the Mount Prospect 2015 property tax levy was held on Dec. 15.

A public hearing presented the proposed 2015 property tax levy to village residents at the Mount Prospect board meeting on Dec. 15.

Finance Director David Erb presented the proposed tax levy, which was a 3.28 percent increase over the previous year's levy. The net village tax levy would be more than $18 million, including the Mount Prospect Library Board's request for $10.9 million. The property tax levy is divided between the village and education, with education receiving 61.7 percent of the total property tax bill. A general discussion followed, with public comments made by Jerry Boldt and Louis Goodman, residents of the village.

In addition to the proposed 2015 tax levy, three ordinances were presented for second readings. The levy and collection of taxes for the village was approved with a 6-0 vote. The levy for special service area five and the abatement for part of the village tax levy were approved with 6-0 votes.

Special Events Commission Co-Chair Fred Steinmiller announced the winners of the 2015 Holiday Decorating Contest. Pictures of the winning homes were displayed as the recipients accepted their awards.

In his role as Lions Club president, Steinmiller and club member Nick Acerenza reported on the farmer's market and Fourth of July Festival. Due to the success of these events, the Lions Club was able to donate $10,000 to the Food Pantry.

Want to get notified whenever we write about Village of Mount Prospect Board of Trustees ?

Sign-up Next time we write about Village of Mount Prospect Board of Trustees, we'll email you a link to the story. You may edit your settings or unsubscribe at any time.

Village of Mount Prospect Board of Trustees