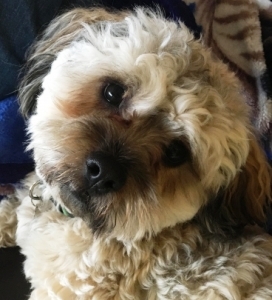 Two cases are on the agenda for today's Animal Control Commission meeting.

The commission will meet at 6 p.m. today, Feb. 15, in the second floor conference room at City Hall, 505 Butler Place.

The new case occurred at 9:30 p.m. on Jan. 18. The dog, a cockapoo, was being walked by its owner on the sidewalk at Hoffman and Glenview when it was attacked by a second dog. The cockapoo was taken to the emergency veterinarian for treatment of several puncture wounds on its side. The commission will hear testimony from both owners, as well as any witnesses.

The commission will also review an incident that occurred at 10:30 a.m. on Dec. 13, in the 900 block of N. Lincoln. The dog's owner and his brother got in a physical fight. During the fight, the dog attacked the men. Both men were bitten, the owner on the arm and the brother on the leg. An ambulance was called and took the brothers to the hospital for treatment.

After dispensing with the dog-related cases, the commission plans to review and discuss Cook County's animal ordinance before adjourning the meeting.

Want to get notified whenever we write about City of Park Ridge ?

Sign-up Next time we write about City of Park Ridge, we'll email you a link to the story. You may edit your settings or unsubscribe at any time.