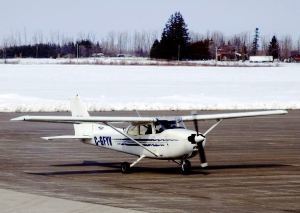 The Chicago Executive Airport Board of Directors recently held a closed session to discuss and approve two hanger leases.

The Chicago Executive Airport Board of Directors met on Dec. 29 at 1020 S. Plant Road, in Wheeling.

After calling for public comments and not receiving any input from the audience, the board retired to an executive session to discuss the sale or lease of property.

Upon the board's return from the closed session, it approved the lease amendment agreements for Hanger 15 and Hanger 16 with Signature Flight Support. Both leases were approved by roll call votes. Directors Cloud, Katz and Pace were present and voted yes. Directors Kearns and Kolssak attended the meeting by phone and also voted yes. There were no votes against the motion. Director Lang was not present at the meeting.

After finishing new business, the meeting was adjourned.

The 412-acre airport has three active runways and is home to 325 aircraft. Private airplane owners, flight schools, businesses and national corporations use Chicago Executive Airport as their home base.