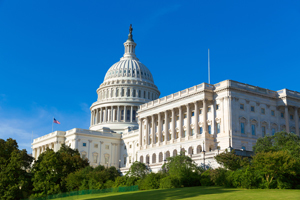 Tommy Hanson won the Republican primary in Illinois' Fifth Congressional District on March 17, setting himself up for another race against Democratic incumbent Mike Quigley, who beat him in the 2018 general election.

"It is time to elect someone who isn’t afraid to face the daunting issues and take drastic measures to upright the sinking ship we are all on," Hanson told the Chicago Tribune in February on why voters should vote for him, and not his opponent, Dr. Kimball Ladien.

Hanson, a commercial real estate broker, received approximately 84% of the vote in the Illinois primary while Laiden only received the remaining 16%, Ballotpedia.com said. In 2018 Hanson challenged Quigley in the general election and lost. Hanson received only 23.3% of the votes, Ballotpedia.com cites.

If elected, Hanson told the Chicago Tribune his top priorities are addressing the pension and property tax issues. In response to what measures he would implement to combat climate change, Hanson said, "I want to go on record; I believe in climate change, Santa Claus and the Easter bunny."

Regarding immigration, Hanson told the Tribune that children who are born in the U.S. do not automatically become citizens if their mothers are not citizens.

"There is a reasonable path to becoming a U.S. citizen and it should be upheld," Hanson told the Tribune. "Legal immigration made this country what it is. The system wasn’t broken but, turning a blind eye to millions of illegal immigrants pouring in to our country and expecting financial support is destroying the fiber of the United States."

In his interview with the Tribune, Hanson strongly opposed universal health care. "The medical system is broken and that is the burden the insurance companies face," Hanson said. "I would start with breaking the medical marketplace stronghold they are imposing on doctors."

Want to get notified whenever we write about Illinois Republican Party ?

Sign-up Next time we write about Illinois Republican Party, we'll email you a link to the story. You may edit your settings or unsubscribe at any time.