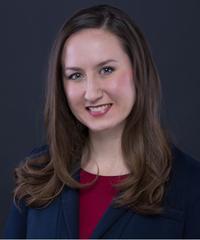 Bernas commented on the less-than-stellar state of the economy. Regarding the governor’s admission that the state still has no budget and is radically overspending, Bernas said she felt the governor was clearly prepared to partner with members of the House on both sides of the aisle.

Bernas said Rauner delivered two proposals to the General Assembly and offered to work with Democratic leadership. Bernas said he wants to protect core services for the state and has set priorities, which include advancing educational initiatives for K-12 and early childhood education.

Showing support for the efforts the governor has put forth to break the long budget impasse, Bernas said, " I think we all should be able to get behind these proposals."

Bernas' goal in running for office is to work with Rauner to make improvements for the state. Bernas also said she would work with reform-minded Democrats and establish a partnership to assess and repair the damage.