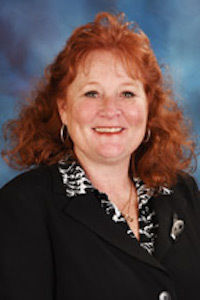 “While I appreciate the governor’s call to live within our means, Democrats and Republicans must come together to invest in our neediest populations,” Murphy said. “Last year, the governor drastically slashed programs for people with autism on World Autism Day, and proposed cutting services to women with breast and cervical cancer. Giving him total control of the budget could have drastic consequences for our state’s most vulnerable citizens.”

On Wednesday, Rauner’s delivered his fiscal year 2017 budget address at the State Capitol. The Republican governor said he believes the state’s priority should be on the next generation, not the next election and that an unbalanced budget would put “everything on the table” for spending cuts except funding for early childhood education and general aid to schools.

Illinois has been operating without a budget since July 1, resulting in many spending cuts across the state.

“I was encouraged by the fact that the governor was willing to work with people across the aisle,” Thillens said. “He’s extending an olive branch again, trying to figure out how to get some of the reforms that the state desperately needs. At the same time, (he's) working with them to get this budget mess straightened.”

Thillens said he appreciated the governor’s remarks on wanting to increase education funding.

“We’ve got schools in this state that are failing our children, and everyone in this state deserves a world-class education,” Thillens said.