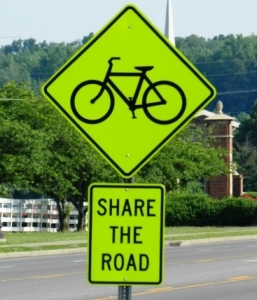 The Bicycle and Pedestrian Advisory Committee was recently updated on the South St., E. Chicago St. and Bikeway projects.

The City of Elgin Bicycle and Pedestrian Advisory Committee heard the updates on the bike and pedestrian projects at its meeting on Nov. 3.

The South St. extension has been amended to include a shared use pathway on the roadway’s south side. Construction was due to begin in fall 2015. The committee discussed the changes in the design and expressed support for the amended project design.

Ron Rudd of Elgin’s engineering staff will check on the status of the E. Chicago St. project, and IDOT signed off on the design with shared lanes. The project was still in the design process.

The redesign of the U.S. Route 20/Route 31 interchange also included bicycle accommodations. Funding for the new Metra bridge over the Fox River was announced, and a discussion of funding for a bicycle and pedestrian bridge followed.

The brainstorming session for new project ideas produced several ideas, including a history bicycle loop, on which the committee may be able to partner with other Elgin neighborhood and community groups.

A bicycle scavenger hunt, fitness ride and the Mayor’s Walking Challenge were also mentioned during the discussion.