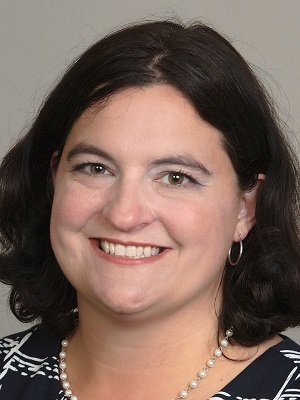 Former Republican state Rep. Katie Miller of Mount Prospect called for term limits in a recent interview, saying the same sense of entitlement mentality that led to the federal corruption indictment of state Sen. Thomas Cullerton (D-Villa Park) has permeated all of Springfield.

“Politicians in Illinois feel that they are entitled to take kickbacks,” Miller told the North Cook News. “Our politicians think that they are above the law. They believe that they can do whatever they want once they are elected. We have too many people who have spent their careers in politics. We need term limits.”

Cullerton, a distant cousin of Senate President John Cullerton (D-Chicago), faces at least 40 charges, ranging from embezzlement to conspiracy and making false statements. He is accused of $275,000 in salary from a union job for which he was rarely required to show up and never had an actual job description.

The Chicago Tribune reported that Cullerton’s indictment came just three days after former longtime Teamsters boss John Coli Sr. pleaded guilty to federal charges of corruption and agreed to cooperate with authorities. Part of the indictment alleges that Cullerton conspired with Coli as recently as four years ago in landing the high-salaried post now at the center of the probe.

If convicted, the charges against Cullerton carry up to five years in prison each.

“I think this reinforces what most people think of Illinois and Chicago,” Miller said. “Look at the history of alderman in Chicago and governors in Illinois. I hope that there are more investigations of other politicians. There are many more politicians that need to be investigated get thrown in jail and kicked out of office.”

Cullerton, 49, has denied all charges.

He is the seventh Illinois legislator to be hit with criminal charges over the last seven years.

According to the indictment, Cullerton had been a member of Teamsters Local Union 734 before assuming his state Senate seat in January 2013. The filing alleges that he rarely showed up for the job he was given, and Coli repeatedly “ignored and failed to act upon repeated complaints” by a supervisor.

Want to get notified whenever we write about Illinois State Senate ?

Sign-up Next time we write about Illinois State Senate, we'll email you a link to the story. You may edit your settings or unsubscribe at any time.