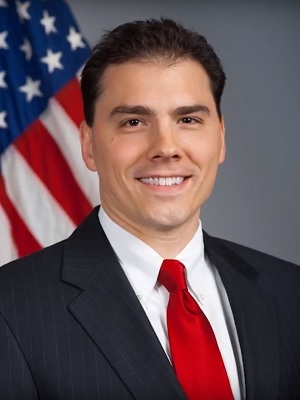 A state representative from suburban Chicago has suggested owners of electric cars pay full price for license plates and the legislature consider reforms and other options before tacking another 20 cents to 30 cents to the state's gas tax.

Raising the state's gasoline and diesel tax won't bring in the kind of money other lawmakers seem to think it will, state Rep. Thomas Morrison (R-Palatine) told North Cook News.

"These are cars that are using the same roads," Morrison said."They should also have to help pay for their upkeep."

Morrison's comments came less than a week after suburban mayors and Chicago Mayor Rahm Emanuel called on lawmakers in Springfield to raise Illinois's motor fuel tax by 20 to 30 cents a gallon.

"A lot of lawmakers look to raising taxes first rather than shifting the moneys that we already collect and/or reforming how we spend the money," Morrison said.

The state has a responsibility to maintain its roads and other transportation byways, Morrison said.

"Transportation and development of infrastructure is a key responsibility of state government," he said. "We need to make sure that we have funding allocated to those necessary projects—but after listening to constituents."

Morrison said he did a lot of listening to constituents during his most recent reelection campaign.

"We had a very heated election season, and I heard from a lot of constituents that they already feel overtaxed," he said. "It’s important for policymakers to not look at these taxes in silos. It's the total amount that individuals have to pay that has to be considered. The people have property taxes that are on the rise; they are not paying higher income taxes. The Democrats are pushing for an additional income tax increase, and we have some of the highest sales taxes in the United States."

If state lawmakers do increase Illinois's fuel tax, the result will be almost inevitable, Morrison said.

"Those who live close to Indiana or Wisconsin or Iowa or Missouri or Kentucky, when they have the opportunity, they will buy their gas there," he said. "That will hurt Illinois retailers. They'll also have less money to spend on themselves for their own discretionary spending. I would just like to see other reforms put into place first."