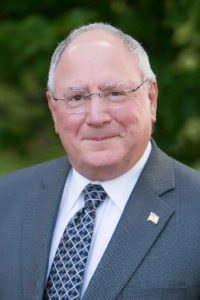 Glencoe Village President Larry Levin says his race against Laurie Morse can be summed up easily: action vs. words.

“The difference between Ms. Morse and me is she talks about vague generalities while my presidency has been built on real accomplishments," he said.

While both candidates are Democrats, Levin has earned the support of the Glencoe Caucus, while Morse, a political newcomer, has never asked for it. She is running as a write-in candidate.

“I am running on a proven record of achieving the six strategic priorities I set as part of Glencoe’s first long-term strategic work plan upon becoming president four years ago,” Levin told the North Cook News.

He said he made financial responsibility a priority and has followed through.

“The village board increased the size of our general fund reserves to a minimum of $2.5 million, or over three months of operating revenue, to serve as a cushion to handle short-term financial challenges and offer sufficient time to analyze operational changes that may be necessary with a long-term financial change,” Levin said.

He also said Glencoe is working to decrease garbage operation costs and welcomes the communities thoughts on the project.

“The village undertook a comprehensive analysis of our garbage operations, wherein it was clear that possible savings could be generated by reviewing alternative service delivery models," Levin said.

Commercial vitality is Levin’s second priority while in office, with infrastructure replacement following closely behind.

“Since 2015, roadway improvements have been a top priority,” he said. “Once complete later this summer, these improvements will total over $3 million.”

In addition to road replacement, the village is planning to invest more into community water, he said.

Since Levin took office in 2013, the village has acquired 74 volunteers at village events and “increased the number of residents active on village boards and commissions," he said.

In addition, Levin described downtown Glencoe as “the envy of the North Shore” because of its vitality and business growth.

“I am asking our residents to vote for me, so I can complete the work I started for them four years ago,” Levin said.